The plastic pipe industry has more than 20 years elaborating standard.

Current European product Standards (EN) taken in the 33 member countries of CEN, contemplate not only the essential requirements covered by Harmonized European standards, (hEN, except reaction to fire and release of dangerous substances) and beyond, to include requirements on the raw material used, the number and frequency of inspections and tests during the process, and system performance. All together form the basis for the development of voluntary and rigorous certification schemes as the AENOR N Mark.

A harmonized EN (hEN) is a technical specification approved by the European Committee for Standardization (CEN), prepared under a mandate from the European Commission (in the case of plastic pipes, the M / 131) and published in the Official Journal of the European Union (OJ) in accordance with the provisions of the European Construction Products Regulation, EU 305/2011 (previously Directive 89/106/EEC). 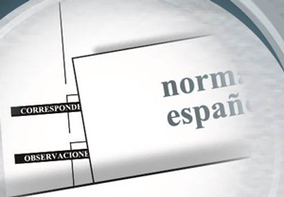 SAENGER TUBES, S.A
After years of work within the European Committee for Standardization CEN/TC 155, European harmonized standards for plastic pipes reach their approval stage, the result of the work of four working groups or 'Task Group' (TG), created within the CEN / TC 155 and led by renowned European experts in the field of plastic pipes:

The redaction of the hEN of plastic pipes and fittings has the form of 'umbrella standard' under which every standard referring to pipes and fittings made for the same application, and from different thermoplastic materials, are collected.

The key to the hEN are the tables in which, for each essential requirement set forth in the mandate M / 131 from the European Commission, the performance characteristics (physical, chemical and mechanical) are related, testing standards and results appropriate for each type of pipe. Hard work to their editors, because as required by the European Commission, there are not directly mention to the current European product standards.
In the spring of 2015, the CEN / TC 155 plenary meeting in Vienna, agreed the reduction of the four TG into two new working groups, or 'Working Group' (WG):

Once adopted the comments received in the first survey to which have undergone the four draft standards (prEN's), members of both groups will be completed and the appropriate consistency to the final documents. Hopefully, once incorporated these comments into the new draft, the States Members, will support, in a second survey prior to shipment to Formal Vote, these changes.

Once approved and published the hEN in the OJEU, will be possible to implement the CE marking for plastic pipes in all the States Members of the EU, throughout the called, System 4, that only requires the Declaration of Performance by the manufacturer without the intervention of any Notified Body to carry out the tests or control the follow up of the factory production control.

As in previous processes with some other products, a transitional period of two years will allow the manufacturers to fit the suitability of their production to the liability of CE marking.

At this point we must insist that the CE mark is a declaration that requires the minimum of plastic pipes and fittings for their free movement in the EU area.

Every requirement of CE marking is fully comply by all the manufacturers who are in possession of the AENOR certification, whose products are subject to stringent tests by AENOR, and have overcomed the periodic factory inspections, the tests carried out in laboratories as CEIS, and the samples collected in the market to be tested.