In 1970, ANAIP creates a certification scheme  for  plastic products under the name of “Spanish Plastics Quality Mark”. Even for those years, the certification was managed by an independent committee that was represented by the parties involved: administration, users, manufacturers and laboratories.

In the same year, the first inspection for a plastic product was carried out for PVC-U pipes for water supply under pressure according to the UNE 53112 at the factory SAENGER TUBES, S.A. placed in Barcelona. The inspector in charge of this visit was Mr. Santos Santolino, currently president of the AENOR Technical Plastics Certification Committee.

As part of the certification process, the tests included in this standard started in early November 1970 in the Technology Section of the Plastics and Rubber Institute of CSIC. Later, in 1987, it was renamed to its current name: Institute of Polymer Science and Technology, and now has a vocal member in the current AENOR Technical Plastics Certification Committee, AEN/CTC-001.

After the positive evaluation of the results, it was granted the first certificate by the former Minister and Chief of the National Trade Union, Mr. Enrique García Ramal to Mr. Roberto Saenger, founder of the company  SAENGER TUBES, S.A., who appears at the pictured reproduced here.
Two years after the creation of AENOR in 1986, and after granting many other certifications of products made of different plastic materials, it takes place the transfer of the Spanish Plastics Quality Mark to AENOR. In this way, and betting for more independence to disassociate the certification process from direct management by the association of manufacturers represented by ANAIP, was created a quality mark comparable with another´s European marks managed by a certification body.

27th Anniversary of the first certificate granted by AENOR N

After the adaptation of the specific rules to the newly created AENOR product certification, in 1988 AENOR granted the first AENOR N certificate for a plastic product. Therefore, the first Technical Committee of AENOR Products Certification was created, which is dedicated to the certification of plastics with the code AEN/CTC-001.

The 20th anniversary was celebrated taking advantage of the assistance of the Committee to the Smagua 2008 exhibition. All manufacturers with AENOR plastics products certificates were invited and provided with a bronze reproduction of the brand logo N. 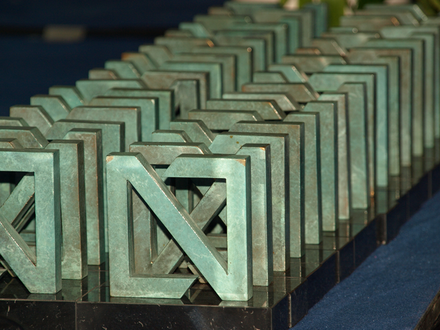 October is also the month that commemorates the creation of the AENOR plastic´s laboratory, CEIS. Since its beginning in 2002, when it began performing internal pressure tests with a very limited number of test stations, it has managed to gain position as one of the referenced laboratories for the sector in Europe exceeding 100 different tests in its catalog, half of them accredited by ENAC.
Back